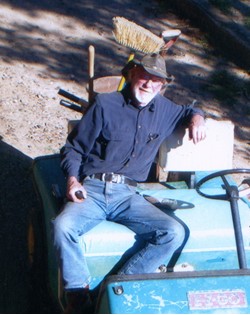 A celebration of life potluck will be held at 1 p.m. on Saturday, March 9, at the Outlaw Saloon.

He was an engineer and travelled all over the world. He loved the United States and had no desire to return to England.

He is survived by his mother; two daughters in England and one daughter, Emma, from Montana; wife, Colleen Gainey of Montana, who is the mother of Emma.