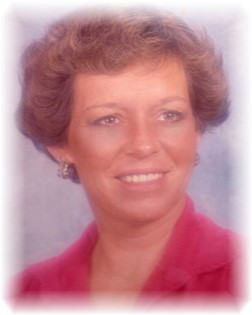 Zelma Maxine Lockhart was born on January 13, 1947 in Littlerock, AR, to William and Ruth Mae (Burton) Schwarz. Throughout her childhood she lived in Wyoming, Arkansas and Indiana. When she was in her early teens, the family moved to the Pavillion area. She attended high school in Pavillion.

In November of 1964, she married Daniel Weliever. Together they had three children. They later divorced. On March 17, 1990, she married Bruce Lockhart. He preceded her in 2006.

She was a 4-H leader and was an officer in the Realtors organization.

She turned her hobby of cake decorating into a job with Smith’s for seventeen years and continued to decorate cakes out of her home until her death. Before that, she was a realtor at CFC Realtors for nine years and she also was the kitchen manager for the Elks for four years.

Her family said she enjoyed cake decorating, reading, crocheting, ironing, gardening, playing cards, bowling, and golfing. Her greatest joy was spending time with her family and especially watching her grandkids in their sporting and fair endeavors.

She is survived by her son, Jerry Weliever and his wife Jamie; her daughters, Laura Drake and her husband Kent and Tanya Santee and her husband Clint; her brother, Leonard Schwarz; her sisters, Patricia Wesch and Anna Weber; her grandchildren, Kolby Drake, Lucas Drake, Ryan Weliever, Jordan Weliever, Abrielle Santee, and Danielle Santee; and one great grandchild, Brylee Peters.

She was preceded in death by her parents; her sisters June Mark and Carol Jean Breese; and several siblings in infancy and early childhood.

Memorials may be made to Fremont County 4-H Council through Davis Funeral Home.