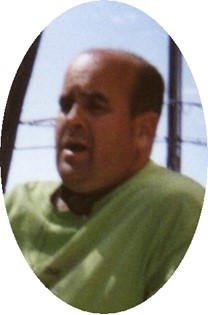 Mr. Martin died March 5, 2013 at the Help for Health Hospice Home in Riverton.

He was born March 25, 1968, in Claremore, Oklahoma, son of Earl R. and Janet S. (Kinder) Martin. The family moved to Riverton when Byron was 4 years old.

Byron attended Riverton schools thru the 9th grade and then attended the Big Horn Basin Children Center thru High School.

He had worked at Safeway for 20 years. Byron enjoyed visiting with everyone, holiday decorating, CES craft days, spending time at the casino and was a fan of the Denver Broncos.

Survivors include his parents, brothers, R. Scott and his wife Peggy Martin, Calvin N. and his wife, Julia Martin; sister, Delana Martin all of Riverton;