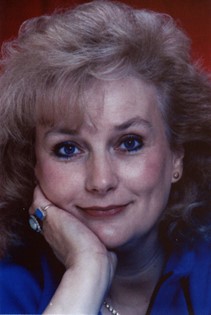 Guestbook 8
Susie passed away Friday, March 8, 2013, at her mother-in-laws home in Riverton, Wyoming.

A memorial service will be held on March 23, 2013, at 1 pm at the Kingdom Hall of Jehovah’s Witnesses in Jackson, Wyoming.

Susie was born in Powell, Wyoming on March 23, 1952 and moved to Riverton when she was 5 years old. She grew up in Riverton and went to school there.

She married Jim Luers on March 22, 1969 at the Kingdom Hall of Jehovah’s Witnesses in Riverton, Wyoming. They moved to Jackson in 1978.

Susie devoted much of her time volunteering as a minister of Jehovah’s Witnesses. This was her most treasured work. She also worked at numerous places during her lifetime including Foxy Lady and the Bank of Jackson Hole.

She enjoyed shopping, finding a good deal, thrift stores and yard sales. She loved to ride horses and go ing 4-wheeling with her family.

She was preceded in death by her father Don Musfelt, two brothers, Dick and J. and a sister Margie Lahoe.

Cremation has taken place and professional services were by the Davis Funeral Home of Riverton, Wy. An online obituary and condolences may be made at www.theDavisFuneralHome.com