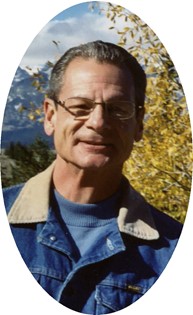 Guestbook 45
Martin “Marty” Mason, 62, of Riverton, died on Sunday, March 17, 2013, at the Riverton Memorial Hospital. Services will be held on Friday, March 22, 2013 at 2:00 pm at Davis Funeral Home. Pastor David Haynes will officiate of the Riverton Christian Church. Burial will follow at Mountain View Cemetery. A viewing will be held on Thursday, March 21, 2013, from 5:00 pm to 7:00 pm at Davis Funeral Home.

Martin Ryan Mason was born on January 16, 1951 in Storm Lake, Iowa to Roger Costella and Margery Jean Mason. He graduated from Storm Lake High School with the Class of 1969. While in high school, he worked as a plumbers’ assistant.

He married Candace “Candy” Elaine Christensen on September 4, 1970 in Peterson, IA. He worked in the construction business before going into partnership with his Dad and brother in a Coast-To-Coast Franchise. After he advanced in the Coast-To-Coast Corporation to District Manager in January of 1983, he moved his family to Wyoming. He later changed positions to corporate computer system sales and retired in 2011.

Marty was of the Christian faith and attended the Riverton Christian Church. He participated in Bible studies and other church activities. While his children, Misty and Matt, were in high school and college, he enjoyed attending their many athletic events. Motorcycles, walking and hiking with his dog - Maggie, barbequing, and holidays with his family were all things he enjoyed. In recent years, the joy of his life was his granddaughter, Addison Marie Mason.

He is survived by his wife, Candy of Riverton; his son, Matt and his wife Amy Mason of Riverton; his daughter, Misty and her husband Kyle Smith of Lawton, OK; his sister, Beneta Witt of Battle Creek, IA; his sister-in-law, Cheryl and her husband Bill Struve of Noblesville, IN; his brother-in-law, Calvin “Dewey” Christensen and wife Becky of Sioux City, IA; and his granddaughter, Addison Marie Mason.

He was preceded in death by his parents, Roger and Margery Mason; and a brother, Mark Mason.

Memorials may be made to PAWS for Life through Davis Funeral Home, 2203 W. Main Street, and Riverton WY 82501.