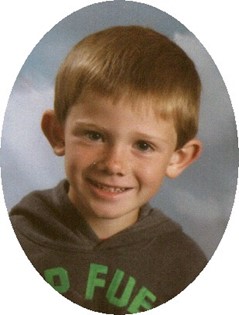 Lain Garrett Mathson was born on October 6, 2006 in Casper, WY to Blair and Delicia (Jones) Mathson. He lived in Casper until three years ago when the family moved to Dubois.

His family said he loved attending church and the Awana’s, which he was a member.

His family was the center of his life and he loved all of them, and they said he had a big, big, open heart, was very bright and was a quick learner. His family said that he had many friends and loved helping them. He enjoyed sports, including T ball, soccer and wrestling with his dad and brother. He also loved the outdoors, hunting, fishing, and riding his horse, Jetta.

He was preceded in death by his Great grandfathers, Bill Burris and Dick Titterington; his great uncle, Bob Titterington; and his uncles; Jeff Mathson and Jacob Jones.

Memorials may be made to the Wilderness Baptist Church of Dubois in care of Davis Funeral Home.