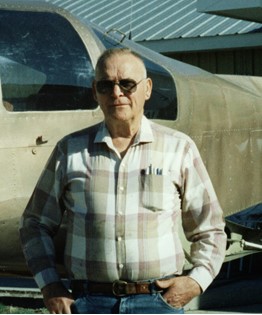 Guestbook 1
Jerry W. Johnson, 82, of Riverton, died at his home on Saturday, March 30, 2013. As were his wishes, cremation has taken place and there will be no services held.

Jerry Wayne Johnson was born on December 29, 1930 in Riverton, WY to Lee and Melody (Stevens) Johnson. He graduated from Riverton High School and lived most of his life in Riverton.

He worked in the mines at Gas Hills. He also worked for school district 25 as a school bus driver and janitor. While working at these jobs he also did carpentry work.

His family said he enjoyed building furniture, airplanes, traveling, working at his shop, helping others. He also greatly enjoyed his family and friends.

On July 2, 1950, he married Viola Kinikin at the United Methodist Church in Riverton. Together they raised four children.

He was preceded in death by his parents, Lee and Melody; his son, Daniel Clay Johnson; his daughter, Sharon Lee Johnson; his brother, Glen Johnson; and his sisters, Lee Cox, Louis Whitlock, and Violet Iterian.