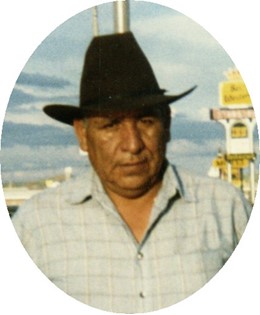 O’ Dell Russell Shakespeare was born in Ft. Washakie, WY on April 22, 1943 to John and Nellie (Friday) Shakespeare. He was given his Indian Name, "COYOTE ROBE" -KO'OH HIITOU. He lived his entire life on the Wind River Reservation.

He worked for the Northern Arapaho Tribe Utilities as a heavy equipment operator. He also worked in the construction field.

His family said that in his younger years, he liked to ride horses. He also enjoyed watching old western movies, spending time with his family and friends talking about the “good ole days”. He loved being with his grandchildren and especially cooking eggs with his grandson “Boss”.