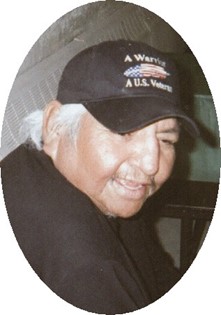 Guestbook 0
Kendall Moss Jr., 53, of Riverton died on Wednesday, April 3, 2013 at Riverton Memorial Hospital. Funeral services will be held on Tuesday, April 9, 2013 at 10:00 am at St. Stephen’s Catholic Church. A rosary will be held at St. Stephen’s Catholic Church on Monday evening at 7:00 pm. A wake will follow at 1512 Bitterroot Drive in the Beaver Creek Housing. Burial will be at the Arapaho Catholic Cemetery.

He was a rough neck in the oilfields.

His family said he enjoyed going to the casino and to the mountains fishing. He loved spending time with his family and grandchildren.

Services are under the direction of the Davis Funeral Home. On-line condolences for the family may be made at www.TheDavisFuneralHome.com.