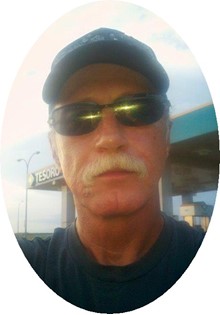 Guestbook 2
Lorence “Buck” Lenard, Jr. 53, of Lander died Tuesday, April 9, 2013 at the Morning Star Manor at Fort Washakie, WY. A memorial service will be 2:00 p.m., Thursday, May 2, 2013 at the Davis Funeral Home in Riverton. According to his wishes cremation will take place.

Lorence Clinton Lenard, Jr. was born Wednesday, July 6, 1960 in Canon City, Colorado to Lorence Clinton, Sr. and Patricia Lee (Foster) Lenard. He grew up living and attending schools in various Colorado communities and spent a lot of time in Florence and Canon City. He attended Central Wyoming College in Riverton.

He married Jamie M. Trosper on September 9, 2011 in Thermopolis, Wyoming and was of the Christian faith.

His family said he enjoyed working on his computer, camping, taking walks in the mountains with his wife and two dogs, Tia and Princess. He was also fond of taking drives, watching sunsets, spending time with his children, and collecting knives.

He was preceded in death by his parents; brother, Nathan Lenard; and his paternal and maternal grandparents.

Memorials may be made to the Set Free Church in care of the Davis Funeral Home, 2203 W. Main Street, Riverton, WY 82501.