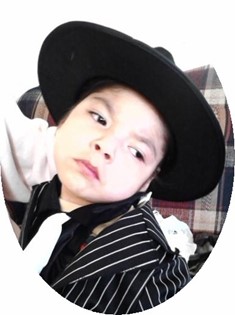 He was baptized into the Catholic faith in Salt Lake City, UT.

His family said he enjoyed going to school at Arapaho Child Project, being around his family, watching TV with his parents and sister, going to Pow Wow’s, going outside, playing with his cousins, and listening to music.