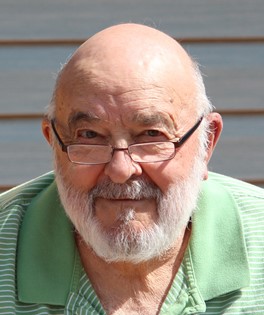 Guestbook 1
Donald O’Keefe Miller, 79 died at the Wyoming Medical Center in Casper, Wyoming on April 13, 2013. At his request no services will be held and cremation has taken place. Memorial contributions to the Tough Enough for Cancer Fund in care of Davis Funeral Home would be appreciated.

Donald graduated from Newcomb High School in Newcomb, NY in 1951.

Mr. Miller served in the United States Navy during the Korean Conflict from 1951 until he was honorably discharged in 1959.

Mr. Miller worked for Bendix at the Kennedy Space Center during the Apollo and Sky Lab programs and was on all the back up launch teams. During this time he was able to meet President Nixon and the astronaut, John Young. In 1977, he began working for Church and Dwight until his retirement in 1993.

Donald and his family lived in New York for over 30 years, they spent 10 years in Florida, 23 years in Green River and in 2000 moved to Riverton.

Mr. Miller was a member of the NRA and the American Legion Post 19.

He was preceded in death by his parents, brother, Walter Miller and sister, Margaret Norris.