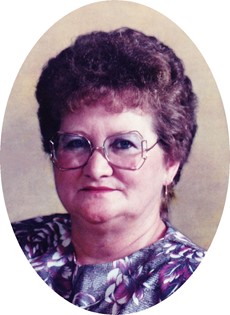 Clarinda Marie Roath was born on May 16, 1940 in Franklin, NE to Frank Eugene and Blanche (Tipping) Roath. At age 2 she went to live with foster parents, Albert and Mary Carlson, whom raised her. She attended schools in Franklin and Sidney, NE.

She lived in Hudson for sixteen years before moving to Lander in 1982. She worked at the State School, Holiday Lodge, and Alco until 1984 when she and Byrl went to Morenci, AZ. In 2001, after Byrl retired, they moved back to Lander to the home she lived until her death.

She was a member of the Church of the Nazarene. She taught Bible Studies through the church.

Her family said she enjoyed sewing and scrap booking. Her greatest joy was her children, grandchildren and great grandchildren.

She was preceded in death by her parents, Frank and Blanche Roath, and her grandparents, Otto and Clarinda Tipping.