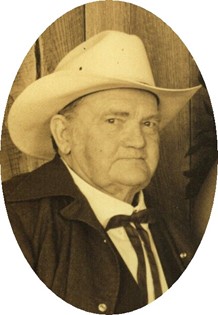 Guestbook 19
No services are scheduled for Fremont County resident, Leonard Dale “Bus” Ingwerson, Sr., 83, who died May 3, 2013 in Thermopolis, Wyoming. Cremation has taken place under the direction of Davis Funeral Home.

He was born September 19, 1929, in Minatare-Scottsbluff, Nebraska, son of Harley and Henrietta E. (Stowell) Ingwerson.

He loved to mechanic, farm and cowboy.

He worked in the family dairy ranch until the death of his father. He then worked as a heavy equipment mechanic at Union Carbide, Brassil & Sims, and Fremont County Road Department. For 30 years, his specialty was Hydraulics and spent 6 months in Nigeria teaching hydraulic skills to them. He worked hard every day to take care of his family.

His family says that Bus was the last of the real cowboys.

He was preceded in death by his parents, grandsons, Tony Lloyd Ingwerson and Kenneth Wesley and granddaughter, Julie Ann Ingwerson.