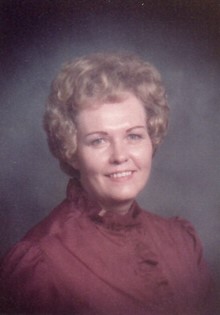 Guestbook 21
Anita Seeley Price, 72, of Riverton Wyoming died on Wednesday, May 1, 2013, at Casper Medical Center with her children by her side. As were her wishes, cremation has taken place. A memorial service will be held on Saturday, May 18, 2013, at 10:00 am at the United Methodist Church in Riverton. Pastor Mark Thurman will be officiating. Anita Gay Seeley was born on January 7, 1941 in Havre, MT to Charles Wilbur Seeley and Annabelle (Sathre) Seeley. She was the oldest and only girl, growing up with two brothers, Roger and David. Anita graduated high school in 1959 in Shelby, Montana. After graduation she continued her education in Minneapolis attending Lab Technician School. Her first job took her to Colorado where she was a lab technician until moving to Riverton in 1961. In Riverton she worked at the hospital before going to work for Dr. Rousseau, Dr. Fernau, and Dr. Ferris. She returned to school in 1986 to work on her nursing degree, which she earned from Central Wyoming College in 1988. It was at this time she began her nursing career as a traveling RN before she was hired at the Riverton Hospital where she worked until she retired in 2003 at the age of 62. She was an active member of the United Methodist Church where she held many positions over the years. Anita was always willing to offer her time whenever needed. When she arrived in Riverton on the plane in 1961, Beth Logan, who became a lifelong friend, picked her up. Anita always resided in Riverton, but she was a world traveler often accompanied by her mother, Annabelle. She also shared her travel experiences with her cousins and her dear friends. It was not a question of where she had been, but where she hadn’t been and where to travel next. She also enjoyed playing cards, and taking care of her friends. She loved her time with her children and grandchildren and had a “hand” in raising them all. She belonged to several groups including the Bunco group, the Red Hats, The RMG (Rocky Mountain Gals) and the “Thursday Night Group”. She had many friends that she spent treasured time with. She also enjoyed staying in touch with her extended family and former classmates. She is survived by her her son, James Dual Price of Casper, daughter, Julie Ann (Bradi) Price-Carroll of Gillette and Jane G. (Charles) Bisbee of Billings, MT; her grandchildren, James Fresorger, Jacob Price, Gavin Carroll, and Brooke Carroll; her brothers, Roger Seeley (Judy Lyn) of Gilbert AZ and David Seeley (Audrey) of Florence MT and numerous nieces and nephews along with countless friends that impacted her and her family. She was preceded in death by her parents and her granddaughter, Nicole Lynn Fresorger. Memorials to the donor’s choice in care of Davis Funeral Home would be appreciated. Services are under the direction of Davis Funeral Home. On-line condolences for the family may be made at www.TheDavisFuneralHome.com.