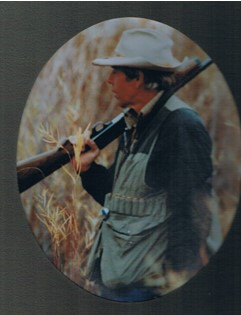 Donald Reed Hearth ~ 86, died Thursday, May 16th, 2013, at his home in Lander, Wyoming. Cremation has taken place, and there will be no services at the wishes of Don. Don was born in Dixon, SD on September 29, 1926. The son of Emil Hearth and Anna Mae (Mahrt) Hearth. His family moved to Klamath Falls, OR when he was a young boy. He enlisted in the Army in February 1944. He was a flight engineer and worked on B-29’s during World War II. He served with the 13th Air Force, 20th Photo Combat Reconnaissance Squadron and earned the World War II Victory Medal and the Philippine Independence Ribbon. He earned his diploma from Klamath Union High School in December 1946. He went on to earn an Associate Degree in Aeronautical Administration from the California Air College in January 1950. He married Joanne L (Brainard) Hearth on November 27, 1949. They lived a long and happy life together until Joanne’s death last year in March. Don had a 27 year career with the Bell System. He retired in September 1982 from AT&T. His last assignment was reviewing operational procedures in all 19 operating companies within the Bell System. He was one of two men in the nation entrusted with this responsibility. Don was a member of The Grand Lodge Free and Accepted Masons of Nevada. He served as Master Mason in 1961. He was awarded a 50 year certificate and pin for his years of service just one week before his death. In his younger years he enjoyed racing motorcycles. In 1954 he helped to form the “Polka Dots” Motorcycle club and was their very first president. The club is still going strong today! He enjoyed the outdoors and liked to fish and hunt. Bird hunting was his passion along with trap shooting. He was a Life Member of the Amateur Trapshooting Association of America. Don was a handy man by heart. He was always building, fixing or remodeling something. His wisdom and talents will be greatly missed. Mr. Hearth is survived by his daughter, Donae Bezanson and son-in-law Richard Bezanson, both of Lander, WY; a grandson Kristopher Mindrum of Gillette, WY and his two daughters Brylee & Azlyn of Riverton, WY; a granddaughter Darcey (Bezanson) Cowardin her husband Avery and their three sons, Allen, Thomas and Jordy of Laramie, WY; a granddaughter Jessica Bezanson of Reno, NV; a brother Dick Hearth and his wife Nadine Hearth of Sacramento, CA; a sister Gloria Holmes of Yerington, NV. Memorials may be made to Amedisys Hospice, in care of the Davis Funeral Home, 2203 W. Main Street, Riverton, WY 82501.