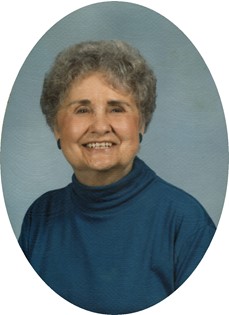 Guestbook 2
Memorial services for Edna Marie Hill of Riverton will be at 10 a.m. Monday, Dec. 17, at the Davis Funeral Home of Riverton. Pastor Vernon Boehlke of the of the Trinity Lutheran Church will officiate. Inurnment will follow at Mountain View Cemetery in Riverton. Mrs. Hill died at her home in Riverton Tuesday afternoon, Dec. 11, 2007, at the age of 82. Edna Marie Osten was born in Watkins, Colo., on Oct. 6, 1925, the daughter of Carl and Viola (Carpentar) Osten. She grew up in Colorado. She married Lyle M. Hill on Jan. 1, 1942, in Denver Colo. The couple moved to Riverton from Colorado in 1981. Mrs. Hill was a beauty operator for 25 years. A member of the Lutheran faith, she belonged to the Trinity Lutheran Church in Riverton. She was a member of the Women's Auxiliary to the Veterans of Foreign Wars. Her family said she enjoyed spending time with her grandchildren, and great grandchildren. They said she liked to travel, shop, and play bingo. Survivors include a son, Gerald M. "Jerry" Hill and his wife Becky Jo of Basin; grandchildren, Justin Hill and his wife Jamie of Riverton, Shannon Hill of Basin, and Kimberly Hill of Lander; great grandchildren, Cole, Arika, Kira, and Maycee Hill. She was preceded in death by her husband, Lyle "Bud" Hill in 1990; her parents, two brothers, and two sisters. Memorials may be made to the Trinity Lutheran Church of Riverton, in care of the Davis Funeral Home, 2203 West Main, Riverton WY 82501. On-line obituaries are available and condolences for the family may be made at: thedavisfuneralhome.com Services are under the direction of the Davis Funeral Home of Riverton.