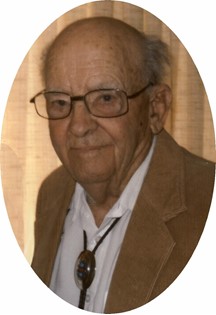 Guestbook 21
Clifford W Henry, 87, of Riverton died at Riverton Memorial Hospital on Friday, May 24, 2013. Funeral services will be held at Davis Funeral Home on Tuesday, May 28, 2013, at 2:00 pm. Burial will follow at Mountain View Cemetery. Pastor Echo Klaproth will officiate.

Clifford Waldo Henry was born on December 2, 1925, in Colony, Kansas to Carl and Nancy Florence (Blanchard) Henry. He was an only child. He spent his early childhood in Kansas before moving to Fremont County in 1935, where his father received a homestead. He graduated from Morton High School.

He was a farmer, having farmed in Johnstown Valley, Kinnear and Pavillion areas. Previous to being a full time farmer, he worked in the oilfield for Continental Oil Company.

His family said he loved to travel in his camper all over the United States and visit family. Along with the camping adventures, he panned for gold and belonged to the Gold Prospectors Club in Wyoming.

He is survived by his wife, Lois, of Riverton; his sons, Gene (Diana) Henry of Cheyenne, Robert (Loretta) Henry of Crestview, FL, and Gary (Beth) Henry of Riverton; step-daughters, Linda Vogel of Riverton and Kathy (Gary) Vogel-Glassock of Bellville, TX; numerous grandchildren and step-grandchildren including from Riverton Corey (Nichole) Henry, Stacie (Mike) Koch, and Carrie Henry.

He was preceded in death by his parents, Carl and Nancy; his stepdaughter. Joan Vogel; and his great grandchild, McKenzie Hanger.