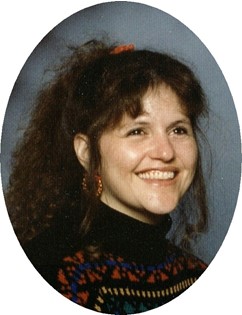 Memorial services will be at 2 p.m. Wednesday, Dec. 19, at the Davis Funeral Home of Riverton. Pastor Richard Morgan will officiate.

A dinner will follow at the Elks Lodge on Main Street in Riverton.

Monica Rae Munoz was born in Deadwood, S.D., on July 13, 1962, the daughter of Michael Munoz and Irene Mary (Heppler) Munoz. Her father was an underground miner for MSHA. They moved to Riverton from Post Falls, Idaho, in 1976, having also lived in Reno, Nev., and Grants, N.M. She was graduated from Riverton High School in 1980.

With her husband, Mrs. Wehr was co-owner of P.M.S., Inc. Prior to that, Mrs. Wehr worked in merchandising and sales.

She was a member of the B.P.O. Elks Lodge in Riverton.

Her family said that in addition to being a mother and housewife, Mrs. Wehr enjoyed spending time with her friend and family. They said she enjoyed shopping and decorating. While she spent most of her time close to home, her family said Mrs. Wehr loved vacations and attending sporting events in which her son participated.

She was preceded in death by her maternal grandparents, Edward and Elizabeth Heppler, and fraternal grandfather Manuel Munoz.