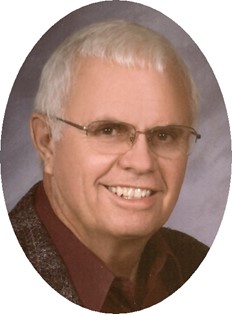 Guestbook 15
Stanley Glenn Wilson passed peacefully from his life on June 5 in Indianapolis, Indiana with his wife and son at his bedside, from complications following a liver transplant. Stan was born in Riverton September 22, 1943 to Glenn and Phyllis (Foster) Wilson.

As a young child he was raised on a farm and spent may happy days on the farm of his grandparents, Charlie and Selma Foster. Stan played little league baseball during its start-up years in Riverton and was an accomplished wrestler for Riverton High School.

After graduating RHS, in 1961, he went to work in the warehouse for Farmer’s Exchange Elevator, working his way up to General Manager. Stan met Louella Devish in 1961. They would have been married 48 years on June 6 of this year. Their son Rick came into their lives in 1973. They lived and raised their family in Riverton until 1985 at which time they moved to Billings, Montana. There Stan and Louella joined forces with Larry and Joyce Liptac purchasing Mountain View Supply in Billings, building it from a small restaurant and bar supply house into a well-respected regional business. They later bought an outlet in Missoula. Stan was an astute businessman.

Stan and Louella loved the mountains of Wyoming and Montana. They spent may happy hours snowmobiling with friends around Dubois and Jackson. While in Billings they found a cabin situated on the Stillwater River southwest of Columbus/Absarokee Montana and worked to turn it ant the ground into a beautiful and popular gathering place for family and friends, and a place where Stan worked on his many wood projects. In 2003, the restaurant business was sold.

As the retirement years beaconed, Stan and Louella spent the winter months in Mesa, Arizona, which is their present home. They sold the property on the Stillwater and moved to Absarokee, bought an RV and spent their summers in it and traveled back and forth to Mesa. They enjoyed traveling through Canada and to Alaska to go salmon fishing with family and friends. Stan was an active member of the Lion’s and Elks clubs in communities in which he lived and served in various community organizations. With Stan’s declining health, he was faced with a liver transplant if he expected any quality to his life and opted to do that very thing. He received a liver transplant April 12, 2013 in Indianapolis, Indiana.

He was preceded in death by both his parents, an infant brother Richard Wilson, and his father-in-law and mentor, Marvin Devish.

Services for Stan will be held on Friday, June 14 at 10:00 a.m. in the United Methodist Church in Riverton with Pastor Echo Klaproth officiating. Memorials may be made to a charity of your choice in Stan’s memory. Davis Funeral Home is in charge of arrangements.