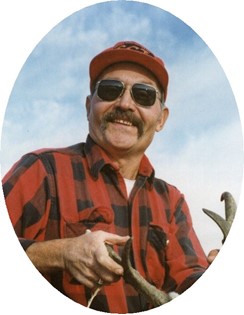 Guestbook 1
Memorial services for Edward D. Novotny, Sr., of rural Lander will be at 2 p.m. Saturday, Dec. 29, at the Davis Funeral Home, 2203 West Main in Riverton. The Rev. Charles Clark will officiate. Cremation has taken place. Mr. Novotny died Saturday, Dec. 15, 2007, at the Lander Valley Medical Center from medical complications resulting from his multiple sclerosis disease. He was 58 years old. Edward David Novotny was born on July 23, 1949, in Riverton, the son of William and Beulah (Stork) Novotny. He was graduated from Riverton High School in 1967. He attended Casper College and was a member of the first graduating class from Central Wyoming College. Mr. Novotny received his Bachelor of Science degree in wildlife management from the University of Wyoming in 1973. Mr. Novotny worked for Riverton Tire and Oil while in high school and college. He was a logger for Novotny Lumber. In 1974, he started working for the Wyoming Game and Fish Department on a construction crew, advancing to foreman and then on to the service division. He retired as a habitat biologist from the Game and Fish Department in 2003 with 30 years of service. Mr. Novotny married Margaret Countryman in February of 1976 and they divorced in 1992. He lived in Lyons Valley out of Lander with his son, Ernie. He was a lifetime member and past president of the Wyoming Foundation for North American Wild Sheep, was a member of the NRA, Trout Unlimited, Rocky Mountain Elk Foundation, The Nature Conservancy, and Great Plains Fisheries Workers. His family said Mr. Novotny's interests included rock hunting, game hunting, guns, restoration of antique furniture and cars, and television Westerns. They said he was an avid hunter, even with his debilitating multiple sclerosis disease and was able to take a Big Horn sheep, elk, deer, and antelope over the last two years, with the help of a number of dedicated friends. Mr. Novotny's family said he loved the outdoors and worked hard to improve the quality of Wyoming's game habitat and fisheries. He was one of the key principals in designing the trap and netting system used to trap and tag Big Horn sheep at Whiskey Mountain. He also was a major force in the development of many public fishing and habitat management areas and was known nationwide for his stream improvement work. Survivors include his two sons, Edward Novotny, Jr., and Ernest Novotny of Lander; mother, Beulah Novotny of Riverton; sisters, Susan Breeden and her husband Raymond of Layton, Utah, and Nancy Novotny and her husband Doug of Riverton; a brother, William J. Novotny, Jr., and his wife Marilyn of Buffalo; sister-in-law, Penny Novotny of Riverton; numerous nieces, nephews, aunts, and uncles. He was preceded in death by his father; a brother, Fred Novotny, and grandparents. Memorials in his name may be made to the Multiple Sclerosis Foundation or the Wyoming Chapter of North American Wild Sheep Foundation in care of the Davis Funeral Home, 2203 West Main Street, Riverton, WY 82501. On-line obituaries are available and condolences for the family may be made at: thedavisfuneralhome.com Services are under the direction of the Davis Funeral Home of Riverton.