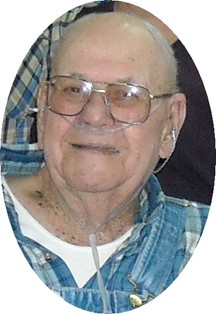 Guestbook 5
Funeral services for lifelong Fremont County resident, Lee Worth Wickstrom, 95, will be held on Tuesday, June 18, 2013 at 11:00 am at Davis Funeral Home with Dr. Jim Logan officiating. A viewing will be held from 9:00 am to 11:00 am before the services on Tuesday at the funeral home. Military graveside services will follow at1:00 pm at Mount Hope Cemetery in Lander, Wyoming.

He was born Friday, February 8, 1918 at Shotgun Creek, North of Pavillion, Wyoming, son of John and Alice (Adams) Wickstrom.

He graduated from Fremont County Vocational High School in 1935 and then attended the University of Wyoming for a year.

Mr. Wickstrom served in the Army during WWII, in the South Pacific and Europe, from May of 1942 until October of 1945.

He worked in the oil field at Pilot Butte and also was a cowboy for ranches in Fremont County that were the Countryman’s, Duncan’s on East Fork “Little Scotland” and Winchester Ranch.

He was the treasurer for the Morton School Board for 6 years. He was also a member of the Lander VFW, and was a member of the Pavillion American Legion Post 61 for 41 years.

He was preceded in death by his wife in 2004; parents, grandson, Phillip Wickstrom, brothers, Percy and Emerson Wickstrom, sister, Hazel Winchester and an infant brother and also another brother who died in his youth.

Memorials may be made to the charity of the donor’s choice or the Fremont County War Memorial in care of Davis Funeral Home, 2203 West Main Street, Riverton, WY 82501.