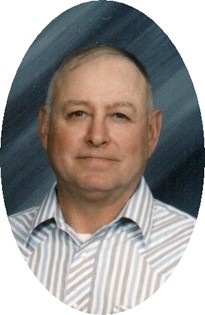 Guestbook 10
Robert “Bob” Lapeyre, 77, of Dubois died on June 13, 2013 at Lander Valley Medical Center. Funeral services will be held on June 20, 2013 at 2:00 pm at Our Lady of the Woods Catholic Church in Dubois. Father Eckley will officiate. Burial will follow at the Dubois Cemetery.

Robert Lee Lapeyre was born on Friday, June 21, 1935 in Riverton to Milu and Molly (Atchison) Lapeyre. As a young boy he lived on the family sheep ranch in Lenore WY on Crow Creek. Around 1943, the Lapeyre family moved into Riverton where he attended Riverton schools.

Robert grew up to love mechanics and a young lady named Sandra Dee Barrett. On February 14, 1953, Robert and Sandy were married in the Little Church at Fort Washakie, WY.

In 1963 they moved to Dubois, where they raised their six children. Robert and a fellow partner opened a service station called B&L Service. He was a volunteer Assistant Chief for the Dubois Fire Department during the early years of the department. Through out his life he worked for numerous employers, including Louisiana Pacific Saw Mill, owning his own logging company, finally retiring with Rice Enterprises Construction.

Preceded in death by his parents, Milu and Mollie Lapeyre; his wife, Sandra Dee Lapeyre; his son, Mike Lapeyre, and a daughter-in-law, Vicki Lapeyre.

Memorials may be made to Dubois Senior Center in care of Davis Funeral Home, 2203 West Main, Riverton, WY 82501.