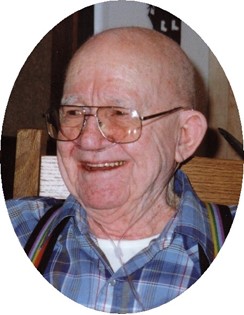 Guestbook 4
Leslie W Parker, 86, of Lander died on Saturday, June 15, 2013, at Westward Heights Care Center. A memorial service will be held on Thursday, June 20, 2013 at 10:00 am at Trinity Episcopal Church in Lander. Reverend Ray Price will officiate.

Leslie Wayne Parker was born on October 3, 1926 in Mitchell, NE to Clarence Leslie Parker and Mary Margaret (Powell) Parker, the oldest of seven children. He graduated from Fremont County Vocation High School with the class of 1945, and enlisted in the Navy during WWII.

Les spent most of his life in Fremont County, and had several careers. He ranched near Ray Lake, worked for the Lander Mill, had his own Northrup King Seed dealership, and later owned a sharpening shop.

He was a member of the Knights of Pythias and the American Legion. Les was Scoutmaster for Boy Scout Troop 52 for many years, served on the District Committee, and in 1968, received the Silver Beaver Award for distinguished service to Scouting.

His family says that Les loved to go horseback riding, camping, and fishing in the Wind River Mountains. He also was a handy man, worked on the farm machinery, and could fix just about anything. Les loved people and always had a story to share. He was an avid reader, and a big fan of Louis L’Amour and Clive Cussler.

He is survived by his wife of more than 53 years, Anne of Lander; his daughters, Connie (Doug) Earhart of Shoshone, ID and Leslie Anne (Dr. George) Mamalis of Lakewood, CO; his son, Robert (Lana) Parker of Alton, MO; his brothers, Glen Parker of Saratoga, WY and Forrest Parker of Lander, WY; his sister, Carol Coates of Lander, WY; his four grandchildren, David, Dean, Jodi and Mika; and numerous nieces and nephews.

He was preceded in death by his parents; an infant brother, David Parker; brother, Leonard Parker; and sister Elaine Gallinger.

Memorials may be made to Amedysis Hospice or Lander Senior Center through Davis Funeral Home, 2203 West Main St. Riverton, WY 82501.