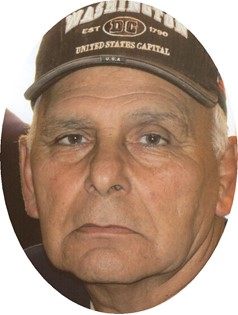 Floyd Jaramillo 71, of Riverton died at his home on Monday, June 24, 2013. Funeral services will be on Saturday, June 29, 2013 at 10:00 am at the Way of The Cross Church with Pastor Keith Williams officiating. Burial will follow at Mountain View Cemetery with military honors.

Floyd Jaramillo was born on April 22, 1942 in Gillette, WY to Adon and Mary Celina (Archuleta) Jaramillo. He graduated from Campbell County High School and then joined the U.S. Navy where he served for four years during the Vietnam War.

As a journeyman electrician, he worked all over Wyoming and belonged to the I.B.E.W. Union. He then retired from Burlington Northern Railroad. He lived in Casper, Gillette, and Billings, MT before settling in Riverton twenty-eight years ago.

He was involved with Prison Ministries and attended a men’s prayer group and bible study.

His family said that he was collector of guns and coins. He loved to travel, rock hunt and watch cowboy movies.

He was preceded in death by his parents, Adon and Celina; his brothers, Joe Jaramillo and Eddie Perea; his sisters, Rose Lara, Mary Berry, Emily Stickney, and Mable Snyder; and his son, Mark Jaramillo.

Memorials may be made to Tough Enough Cancer Fund in care of Davis Funeral Home at 2203 West Main Street, Riverton, WY 82501.