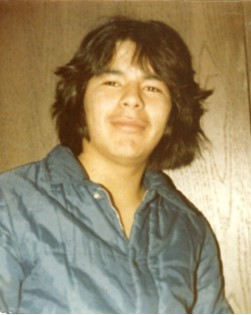 Medford Jerome Shakespeare was born on April 24, 1961 in Lander, WY to Jimmy Herrera and Mary Christine Shakespeare. He was of the Catholic faith. He was an enrolled Northern Arapaho and lived on the Wind River Reservation his whole life. He was married to Lori Harris.

His family said that he loved the Denver Bronco’s, the Wyoming Cowboys, St. Stephen’s Eagles, and the Wyoming Indian Chiefs. He also liked going to the casinos. Above all he loved being with his family and friends.