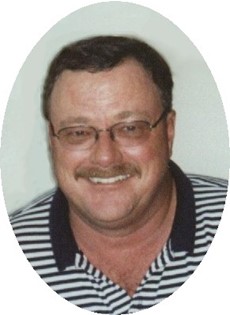 Guestbook 13
Former Riverton resident Brad "Bronco" Shaw of Mesquite, Nev., died Friday, Nov. 30, at Valley Hospital in Las Vegas, Nev., due to complications of diabetes. He was 50 years old. Services will be directed by the Davis Funeral Home of Riverton at 2 p.m. on Wednesday, Jan. 2. Luis Humberto Vargas will officiate. Family and friends will be invited to share some of their memories of Mr. Shaw at the service. A luncheon will be held immediately following the service at the Eagles Hall, located at 404 East Fremont in Riverton. Brad Shaw was born in Riverton on Nov. 1, 1957, the son of Charles W. and June (Cunningham) Shaw. He attended Riverton public school and was graduated from Riverton High School in 1976. While attending RHS, he excelled in the golf program and was described as "an outstanding golfer." He also took advantage of the opportunities at the James H. Moore Career Center, study drafting under the direction of Keith Boyd, teacher and friend. During high school, he worked for Norm's Conoco and his family said he had great admiration for owner Norm Davis. He began working for Inberg Surveying for owner Dick Inberg. The company later changed name to Inberg-Miller Engineers. Mr. Shaw earned his land surveyors license during those years. He stayed with the company for 13 years. He married Susan Johnson January 22, 1977. The couple had two children, Stacy, and Chuck Shaw. They later divorced in 2001 remaining good friends over the years. In 1989, he went to work for High Plains Power as manager of the surveying/mapping department. He also maintained a family surveying business in his spare time. In 2001, Mr. Shaw moved to Ventura, Calif., and worked for Jensen Surveying. He later moved to Mesquite, Nev. He was employed by Bush and Gudgell Engineers in St. George. His family said Mr. Shaw was an avid golfer and loved attending the annual Mesquite Invitational golf tournament since 1996, making new friends from around the country. The tournament has now been re-named the Bronco Shaw Memorial Golf Tournament, in his memory. He was a fan of the "World of Outlaws" and the NHRA and attended races whenever possible. He also enjoyed skiing, fishing, riding his harley, and camping. Mr. Shaw was a devoted fan of the Denver Broncos and attended home games with his son for the past few years. Survivors include his daughter, Stacy Vargas and son-in-law Luis Humberto Vargas of South Carolina; son, Charles "Chuck" Shaw; five grandchildren, Bailee, Anais, and Isabel Vargas, Taliana and Charles "Carlos" Shaw; mother, June Alaniz and step-father, Joe Alaniz of Thermopolis; brother, Rod Shaw and his wife Margaret of Riverton; nephews, Ben and Brady Shaw; former wife, Susan Shaw of Riverton; special friend, Martha Reynolds of Ventura, Calif.; numerous aunts, uncles, and cousins, his basset hound, Magnum. He was preceded in death by his father, Charles W. "Chuck" Shaw, and grandmother, Kate "Sugar" Cunningham. A Brad Shaw Memorial Account has been established at the Wells Fargo Bank, in the name of Charles Shaw, in order to assist his children with expenses and benefit his grandchildren's future. On-line obituaries are available and condolences for the family may be made at: thedavisfuneralhome.com.