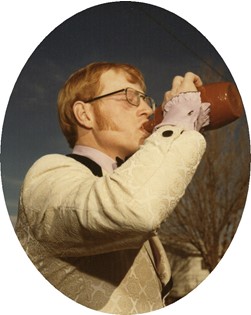 Guestbook 1
Ronnie Buckingham, 61, of Riverton died at his daughters home on Tuesday, June 25, 2013, after a lengthily illness. Cremation has taken place as where his wishes. A memorial service will be held on Monday, July 1, 2013, at 10:00 am at Davis Funeral Home.

Ronnie Mike Buckingham was born on June 6, 1952 in Livingston, MT to Ethel Barnes and Russell Van Hook. He was raised in Thermopolis by his adopted parents, Mike and Gwen (Hudson) Buckingham. He graduated with the Thermopolis High School class of 1970. He joined the Army after graduation and was stationed in California. After he was discharged he came home to Wyoming. In 1974 he married Karen Skidmore and together they had three children, Heather Dawn, Ronda Michelle, and Ronnie Mike. They were later divorced in 1998.

Ron worked in the oilfield most of his life, moving where the rigs went until the children started school. He then settled in Riverton and worked out there as a driller and derrick man. He worked for Nabors, Parker, Nucor, Exeter, Barnhart, SST and Fields Drilling to name a few. In addition to working the oil fields, he went to Devry University in Phoenix, AZ and earned a bachelor degree in Electronics in 1989.

His family said the he loved to go hunting, fishing and camping. Above all his loved spending time with his family and kids. His kids were his world; he was just a big kid himself. He loved playing jokes on people; he was a big daredevil and a little crazy. Even with his health failing, last summer he still got up on water skis and surprised all of the family and he just loved it.

He was preceded in death by his mother, Ethel Barnes; his adopted parents, Mike and Gwen Buckingham; his sister, Sharon Gillium and his son, Ronnie Mike.