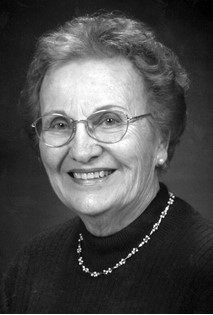 JoAnn Weisheim was born on June 16, 1928 to Rudolf “Rudy” and Viola “Vi” (McCleary) Neal in Jefferson City, MO. When she was 7 the family moved to Paradise Valley and homesteaded. She graduated from Shoshoni High School and then moved to Denver to pursue her education. While in Denver she worked as a live in nanny. She then moved to Casper and worked at Standard Oil as a secretary. After moving to Riverton she worked for Bi Rite Drug in the Hallmark department until her retirement at 62.

On February 3, 1952, she married Alfred “Al” J Weisheim and together they went back to Riverton to the family farm. There they raised two children, Bill and Patty, and worked the farm together. In 1972 they sold the farm and bought another farm by Ocean Lake however they resided at their newly built home on Smith Road in Riverton. She lived there until April of 2011 when she moved to Homestead and then to the Wind River Health Care.

She was a treasurer for the Good Shepherd Auxiliary Church. She was also a member of LWML.

Her family said that she enjoyed embroidering, canning and gardening.

She is survived by her daughter, Patricia “Page” Bloom and her husband Ed, of CO; her grandson, Samuel “Sam” Page of CO; and her sister, Karen Pickett and her husband Vaughn, of Riverton.

She was preceded in death by her parents, Rudy and Vi Neal; her husband, Al Weisheim, and her son, William “Bill” Weisheim.