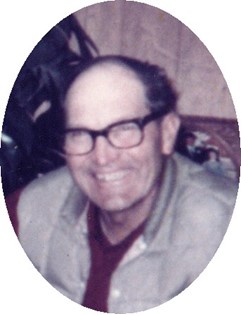 During his high school years, the family moved to Pavillion to farm. Gene attended Riverton High School where he played and lettered in football, basketball and track. He graduated in 1944 and then enlisted in the United States Navy, serving during World War II.

Gene married Billie June Welcher in 1958. She preceded him in death January 12, 1965. During this marriage, the couple adopted Kathleen when she was a day old in 1960 and then Brad, also a day old, was adopted in 1963.

He worked on the Humphries Ranch on Copper Mountain and was also a self-employed contractor working throughout Fremont County.

Mr. Franklin was a very active member in the Trinity Lutheran Church in Riverton, serving as an Elder, Treasurer, on the Evangelism Committee and also as a Sunday School Teacher. He also served on the Museum Board and was a Little League Coach for his son’s team. Gene also enjoyed participating in the “Hell of a Hunt.”