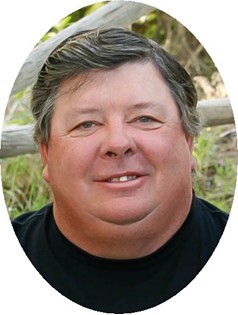 Guestbook 33
Timothy “Tim” Forbis, 63, of Riverton, died at his home on Saturday, July 6, 2013. Cremation has taken place, as were his wishes. A memorial service will be held on Friday, July 12, 2013, at 10 a.m. at Davis Funeral Home in Riverton. Inurnment will follow at Mountain View Cemetery. Pastor Echo Klaproth will officiate.

Timothy Patrick Forbis was born on May 23, 1950, in Lander, WY to Robert David and Celestial Mae (O’Hara) Forbis. A lifelong resident of Riverton, he graduated from Riverton High School with the class of 1969 and also attended Central Wyoming College.

He worked for Gilpatrick Construction as a diesel mechanic/safety manager for 10 years and then for Well Tech for 10 years. Always willing to try something new, Tim tackled farming for a time with Hackleman farms, and then in 1992, he became the owner of Saw Mill Lodge on Union Pass near Dubois, WY until 1995 when the family returned to Riverton. He later was injured in a construction accident and became disabled.

Tim was a proud man who could build anything, fix anything, and figure out just about anything. He built nearly all the family’s homes—including an innovative straw bale house. He was a computer geek before it was trendy, a landscaper before home improvement TV, and a do-it-yourselfer before big-box stores. He liked being outside, and his family noted that, simply put, he enjoyed woodworking, camping, anything mechanical, and computers. Above all, he loved his family and his grandkids; he was the consummate family man who was always willing to lend them a helping hand.

He was preceded in death by his parents, Robert and Celestial Forbis and his father-in-law, J. D. Hackleman.

Services are under the direction of the Davis Funeral Home. On-line condolences for the family may be made at www.TheDavisFuneralHome.com.