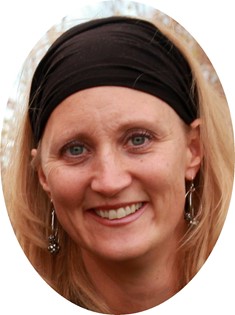 Guestbook 31
Kara R. Paxton, 38, of Riverton died Wednesday, July 17, 2013 after an inspiring and courageous 3-½ year battle with brain cancer. A celebration of life will be held Friday, July 26, 2013, at Riverton High School at 9:00 am. Inurnment of the ashes will be at Mountain View Cemetery following the service

Kara Rachelle Clemetson attended Shoshoni High School where she was an honor student, and stand out volleyball, basketball, and track athlete. She graduated in 1992 and received a scholarship to play volleyball and basketball at Sheridan Junior College.

Kara married Curt Paxton of Basin, WY on June 11, 1994. Curt and Kara started their family in Thermopolis. After being a part of the community for 4 years, they moved to Riverton where their family continued to grow and prosper.

Kara enjoyed playing volleyball with “the girls”, Zumba, and scrap booking. She also enjoyed her roles as Team Mom from her Thermopolis days continuing on to Riverton with her own three boys and their activities. Kara cherished every moment, and took complete advantage, never missing any of her boy’s activities.

Kara was a beautiful, unconditional loving Christian person who devoted her life to faith, family, friends, and community. Her courageous battle with cancer and testimony of faith has positively impacted thousands of lives.

Kara is survived by her husband Curt of the family home; her three boys, Easton, Treyton, and Parker Paxton also of the family home; her parents, Jerry and Rosalie Clemetson; her grandmother, Estelle Heggen; her brothers, Cory Clemetson and his wife Kim and Brian Clemetson and his wife Renee; her aunts, Mary Jane Martens and Carmen Severson; and her nieces and nephews, Jessie, Jake, Tess, Tyler, Breann, Austin, and Zoey.

Kara was preceded in death by her maternal grandfather, James Heggen and her paternal grandparents, Myrtle and Eddie Clemetson.

Memorials may be made to Help for Health Hospice in lieu of flowers.