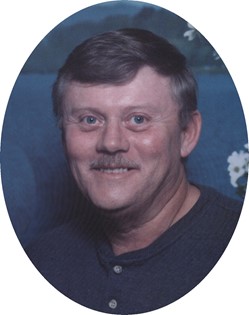 Guestbook 16
Jerome “Jerry” Clemetson, 66 of Riverton died at Riverton Memorial Hospital on Saturday, July 20, 2013. As were his wishes cremation has taken place. A memorial service will be held on Thursday, July 25, 2013 at 10:00 am at Davis Funeral Home, Pastor Ian McFarland will officiate. Inurnment of the ashes will follow at Mountain View Cemetery.

Jerome Andrew Clemetson was born on June 19, 1947 in Grafton, ND to Eddie Albin and Myrtle Elvina (Flom) Clemetson. He graduated high school from Park River, ND and then went to the University of North Dakota where he started working on his degree. He earned his Bachelor of Education and a minor in French from Mayville State College in N.D.

After earning his teaching degree he taught for nine years in Parshall, ND before moving to Lyman, WY for two years and finally settled in Shoshoni, WY where he taught for twenty-four years. He taught 5th grade students for over 34 years. He retired in 2004 and moved to Riverton.

He married Rosalie Ann Heggen on February 25, 1967 in Park River, ND. Together they raised their three children, Cory, Brian and Kara.

His family said that the mountain air is what brought the family to Wyoming in 1979. He enjoyed fishing, reading, garage sales, golfing, his garden, and collecting hunting knifes. He enjoyed listening to Joel Osteen and reading his bible. Watching his grandchildren in their sporting activities was a highlight for him. He even helped his children and grandchildren by coaching them on the fundamentals of basketball.

He was preceded in death by his parents, his daughter, Kara Paxton; his brothers, Larry and Myron Clemetson; his sisters, Jeannie Mastre and Uni Veum; and his nephew, Barry.

The family would appreciate that donation be made in Jerry’s honor, to the Tough Enough for Cancer Fund in care of Davis Funeral Home, 2203 West Main, Riverton, WY 82501.