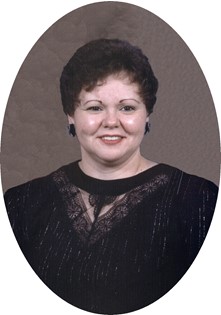 Cheryl Anne Large was born on August 17, 1951 to Reuben Adolf and Alvena Katherine (Compton) Large in Pasco, WA. She lived in the Riverton area all of her life with the exception of about a year in Boston, MA as a nanny.

She worked at the Rainbow, Chopping’s, Gaslight and Kmart. She also worked at the Airport Café before she became the owner and operator for several years. Due to her health she had to sell the café and was put on disability.

Her family said she loved Elvis movies, CSI, NCIS, Criminal Minds and any type of investigation shows. She absolutely loved her grandchildren and even treated their friends just like they were own grandchildren.

The family request to honor Cheryl, that memorials be made to a fund for her grandchildren, The Cheryl Large Memorial, in care of Davis Funeral Home, 2203 W Main, Riverton, WY 82501.

She is preceded in death by parents, Reuben and Alvena; her brother, Reuben Large, Jr.; and her sisters, Cleo Beckman, Virginia Large, Nora Pederson and Cathy Leyva.