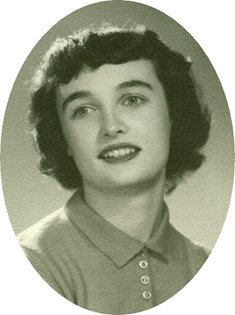 Donna Jean Kramer died Friday August 9, 2013 at Help for Health Hospice center in Riverton after a lengthy illness. She was 79 years old. Per her request, cremation has taken place. A graveside service will be held at 11 am August 31, 2013 at Mountain View Cemetery. To remember and celebrate her life, a potluck gathering will be held at the Cornerstone Community Church in Riverton following the graveside service. Donna led a full life, which included spending time with her family camping, fishing, motorcycle riding and snowmobiling. Her favorite activities were downhill and cross-country skiing. In her later years of life she focused her energies volunteering at Abba’s House, being an active member of the Cornerstone Church, collecting items for Operation Christmas Child and making pot scrubbers fondly referred to as “scrubbies.” All her friends know of her various accomplishments. She is survived by her two sons, Neal Kramer who resides in Salt Lake City, UT, Curtis and his wife Melissa Kramer of Las Vegas, Nevada along with two Grandchildren Kylie and Aydan.