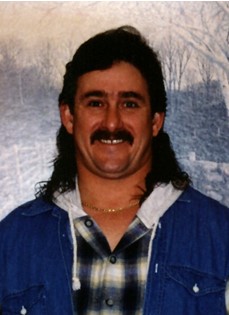 Guestbook 13
Kerry Dallin, 54, of Lander died at his home on Monday, September 2, 2013. Cremation has taken place as where his wishes. A memorial service will be held on Friday, September 6, 2013 at 1:00 pm at the Church of Jesus Christ of Latter Day Saints in Lander, WY. Bishop Brian Linton will officiate. Burial of ashes will follow at Mount Hope Cemetery in Lander with military honors.

Kerry Lynn Dallin was born on January 3, 1959 in Ogden, UT to Orval and Peggy (Lundell) Dallin. He graduated from Lander Valley High School. On March 20, 1979 he enlisted in the U.S. Navy. He took training in aviation fundamentals and other trainings while in the U. S. Navy. He was honorably discharged on May 19, 1984. He returned to Lander where he spent most of his life. His family said that he was a handyman working for the railroad, bowling lanes, Bloedorn Lumber, Pit Stop and many other places.

His family said that he enjoyed cooking, camping, fishing, boating, taking photos, going on long car rides, boxing, and coaching boxing. He loved being with his family and friends.

He is survived by his wife Charlene of the family home; his son, Tyler Canning; his daughters, Tabatha Skrudy and Samatha Dallin; his step-son, Michael Pitt; his step-daughter, Lisa Pitt; twelve grandchildren and one great grandchild.

He was preceded in death by his parents, Orval and Peggy Dallin.