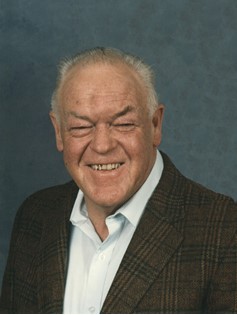 Joseph served in the U.S. Navy during WWII in the Pacific Campaign and was honorably discharged in 1946.

On March 20, 1948 he married Alberta Mae Smith in Torrington, WY. Together they raised two daughters, Emma Lou and Sandra Mae.

His working occupations throughout his life were farming, working at Farmers Exchange Elevator, Union Carbide Uranium Mine as a driller and a landlord of rental property.

He was a member of the Veterans of Foreign Wars.

His family said that he enjoyed outdoor activities including fishing, camping, hunting, and gardening.

He was preceded in death by his parents, John and Katherine; brothers, Albert Lepp and Henry Lepp; and sister, Freida Steinmetz.

Memorials may be made to the American Heart Association in care of Davis Funeral Home, 2203 West Main Street, Riverton, WY 82501.