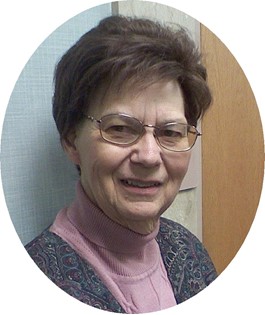 Guestbook 9
Betty Crider, 70, of Riverton died at the Help for Health Hospice Home on Wednesday, September 18, 2013. As were her wishes, cremation has taken place. A memorial service will be held on Saturday, September 21, 2013 at 10:00 am at Davis Funeral Home. Her son, Pastor Daniel D. Crider, will officiate. Inurnment will follow at Mountain View Cemetery.

Betty Ruth Edelman was born on Wedn., February 17, 1943 in Hays, KS to David and Mildred Ann (Bullock) Edelman. Shortly after she was born the family moved to Riverton, WY. Right before she started school the family moved to Casper, WY where she graduated from Natrona County High School. She attended one year of college at Casper College before going to Northwest Nazarene College in Nampa, ID.

She married Jerry Crider on August 16, 1963 in Casper, WY at the First Church of the Nazarene. Together they had three children. They celebrated their 50th anniversary this past August with their children and their families.

She was strong in her Christian faith and was active in the Nazarene Church. She taught Sunday School along with working with many youth groups throughout the years. She had held the position of Missionary President.

Before she was married she worked at Bostwicks, a local dress shop in Casper. After she was married and had started her family she ran the Day Care at the Nazarene Church in Riverton. With that experience, she went to DH Print and ran their day care program until it was closed and Pertech took over and she was moved to the plant side. She worked as an assembler and eventually did the warrantee work until she retired.

Her family said that she enjoyed gardening and flowers. She was an amazing seamstress, making a lot of her children’s clothes. The family said she was a humble but strong person especially in her faith. She was always thinking of others and above all she loved her family and friends unconditionally.

She was preceded in death by her parents, David and Mildred Ann Edelman.

Memorials may be made to Help for Health Hospice in care of Davis Funeral Home, 2203 West Main, Riverton, WY 82501.