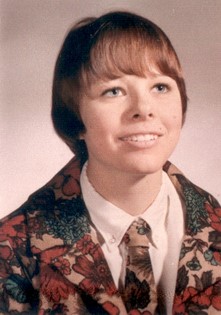 Guestbook 11
Lila Jean Bisbee, 60, of Riverton died of natural causes Saturday, October 5, 2013 at the Wyoming Medical Center in Casper. In the short time she was with us she lived an amazing life. Her smile was contagious and will be missed by everyone she met.

She was born April 29, 1953 in Riverton to Eldo Floyd and Rita Grace (Taylor) Coggins.

She graduated from Riverton High School in 1971, and continued her education at Central Wyoming College where she earned an Associate’s Degree in Literature.

On July 24, 1971, Lila married the love of her life and soul mate Kenneth LeRoy Bisbee, and together they raised six “only” children. As a mom, Lila dedicated her time to raising her kids, making them clothes, costumes, and patiently celebrated birthday (and unbirthday) parties with multiple stuffed animals.

She taught her kids to love and appreciate the beauty of life, taking them on weekly Sunday drives to the middle of nowhere, and everywhere, while thumbing through bird books and sharing her love and excitement for adventure.

She was preceded in death by her father Eldo “Rip” Coggins.

Memorials may be made to the Tough Enough To Wear Pink Fund in care of the Davis Funeral Home, 2203 W. Main Street, Riverton, WY 82501.

Condolences can be left at www.thedavisfuneralhome.com.