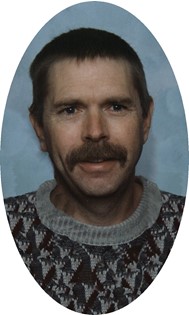 Guestbook 11
John Dickinson, 51, of Riverton, died at the Help for Health Hospice Home on Saturday, October 26, 2013. As were his wishes, cremation has taken place. A Celebration of Life will be held on Saturday, November 2, 2013 at 3:30 pm at St. Margaret’s Gym. This will be a carry in dinner with a time of sharing. The family asks the in honor of John, please wear a baseball cap to the Celebration of Life.

John Eugene Dickinson was born on March 12, 1962 in Riverton, WY to Robert Eugene and Venessa Louise (Fernandez) Dickinson. He graduated with the class of 1980 from Riverton High School.

When he was younger, he worked in the oil and gas field, having worked on the smallest to the biggest drilling rigs in the field. He lived most of his life in the Riverton area but did spend time in Denver, CO and Scottsbluff, NE. While in Denver, he worked for John Elway Auto Nation in the parts department for 10 years. He then spent 5 years in Nebraska at the Chevrolet dealership in the parts department. After he came back to Riverton, he worked for Western Appliance for 4 years.

On August 21, 1993 he married Debra Louise Koelmel in Westminster, CO. Together they had two children, Chelsea and Dustin.

His family said the he enjoyed hunting, fishing, golfing, woodworking, and gardening.

He was preceded in death by his father, Robert E Dickinson; his grandmother, Venessa Fernandez; and his grandparents, Lois and Albert Dickinson.

The family asks that in lieu of flowers that memorials be made to a college fund for his children, The Chelsea L Dickinson College Fund or Help for Health Hospice.