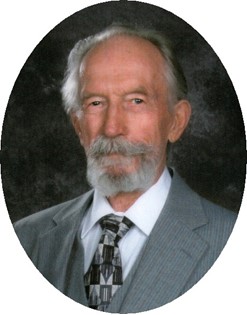 Funeral services for Don Carl Anderson, 87, will be held 10:00 a.m., Saturday, November 9th at Davis Funeral Home with Pastor Mark Rader of the United Methodist Church officiating. A visitation will be held 9:00 until service time on Saturday. Interment will be held at a later date at the Heber City Cemetery in Heber City, Utah.

He was born on June 4, 1926, in Heber City, Utah, son of Carl Andrew and Blanche (Widdison) Anderson.

Don served in the Navy Air Force before earning his degree in Geology from BYU.

Mr. Anderson lived in Midway, Utah for 15 years before moving to Riverton in 2011.

He worked as a Mine Superintendent for the Pathfinder Mine Corporation for over 36 years. After he retired he worked as a consultant for US Energy.

Don served as the President of the Wyoming Mining Association. He was also one of the 1st pioneers in the Uranium Industry. Don, along with Lowell Morfelt and Neil McNiece discovered the Lucky McMac Mine.

He was preceded in death by his parents and sister, Bonnie Anderson.