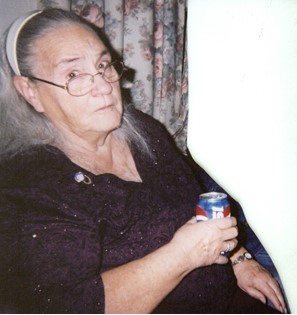 She was born December 8, 1928 in Van Buren, Missouri, daughter of George LeRoy Glenn Nelson and Birdie May (Smith) Croissant.

As a young girl, she attended the Emerson Elementary School in Kearney, Nebraska and attended junior high and high school in Riverton, WY. She also briefly attended Casper College.

She raised her children on waitress wages. Ruth also worked as a nurse’s aid, as well as housekeeping and various other small jobs that she would take on to make sure her kids were cared for to the very best of her abilities.

Ruth maintained her own residence up until her health wouldn’t allow it. She then lived with her daughter, Lorie in Casper for around 4 years and moved to the Riverton/Lander area about 4 years ago.