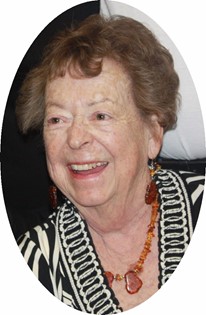 Nancy Ann Phillips was born on February 20, 1938 to Thomas Henry and Virginia (Fitterer) Phillips in Laramie, WY. She attended schools in Laramie and graduated High School there.

On August 12, 1961 she married Robert D. Robertson in Laramie, WY. Together they raised five children. In 1976 the family moved to Lander where she spent the rest of her life.

She was of the Catholic faith and was a member of St. Anne’s CCW. In the past, she was a volunteer with St.. Bonaventures in Thoreau NM and with St. Jude’s Ranch for Children in Boulder City, NV. She was also an election judge.

Her family said that she enjoyed playing Bridge.

She was preceded in death by her parents, her husband, Robert “Bob” Robertson; and her son, Dale Anthony Robertson.

Memorials may be made to Amedysis Hospice in care of Davis Funeral Home, 2203 West Main Street, Riverton, WY 82501.