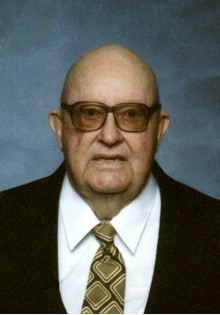 Henry Duncan “Dunc” Fergueson, 88, of Lander, Wyoming, died on Friday, December 13, 2013, at the Lander Valley Regional Medical Center. As were his wishes, cremation has taken place. Interment will take place in the summer of 2014, at Mt. Hope Cemetery, in Lander, Wyoming.

Henry Fergueson was born September 6, 1925, Lander, Wyoming, on west main street (across from the old high school) FCVHS. His parents were Henry and Ethyl (Tweed) Fergueson. Dunc was the grandson of Dave Tweed. William Boss Tweed brought the first sheep into Wyoming when still a territory at the time. They lived on the Tweed Ranch up in Red Canyon. Dave Tweed froze both of his feet off showing a soldier how to get to Ft. Stanbaugh and received $5 a month pension the rest of his life. Dunc was the second oldest of 9 siblings. Their names are Bill, Dave, John, Andy, Harry, Alma, Ruth and Bessie.

After attending schools in Lander, Dunc went to work as an apiarist. Roland Thompson started him in the bee business. Dunc sold out to him when he and most all of the Lander boys enlisted in WW2. Dunc was with the 37th Sea Bees (construction branch of the Navy), serving in Hawaii until the war ended.

After the service he worked for the Boseke Ranch and then ultimately worked general construction, fondly remembering hand- digging flow lines in the Dallas Dome Oilfield, retiring after 25 years with Lander Construction Co., Brasel and Sims. Dunc lived in Lander most of his life, delivering newspaper to the ladies of the night at what is now the Lander Bar. People talk of the good ole days, while simpler Dunc disagrees, stating regularly of growing quite fond of paved streets, electricity, heaters, running water, refrigeration, and inside toilets. Dunc was a confirmed bachelor until 1971 marrying Peggy Archambault and her easy going five children, (Sandra Moorman, Dave, Dan, Jeff and Mike) and several grandchildren. Peggy and Dunc enjoyed retirement taking in several ocean cruises, Caribbean, Hawaii and Alaskan Coastline.

He was preceded in death by his parents, wife, brothers and two stepsons.

Memorials may be made to the Lander VFW in care of Davis Funeral Home, 2203 West Main Street, Riverton, WY 82501.