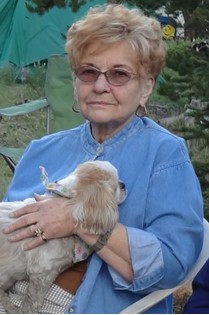 Guestbook 9
Marjorie Joanne Nichols, 81, of Riverton passed away at her son’s home in Basin, Wyoming after a short illness of Leukemia.

Per Marjorie’s request she will be cremated with no services to be held. Family services will be held at a later date.

Marjorie was born at home in Tilton, Illinois on January 25, 1932 to George W. and Catherine R Pate.

She was in the first graduating class through Schlarman High School in Danville, Illinois in 1949.

She was preceded in death by her husband, her parents and brother, Larry M. Pate.

On-line condolences may be left at theDavisFuneralHome.com.