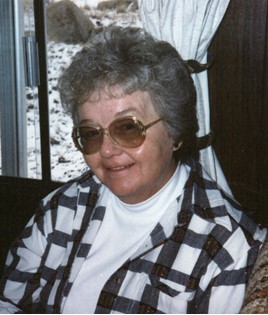 Guestbook 1
Eleanor “Ellie” Lindell, 74, of Riverton, died at her home on Tuesday, December 17, 2013. As were her wishes, cremation has taken place and no services will be held.

Eleanor Anne Knight was born on July 8, 1939 in Bath, Maine, to Maurice Jewett and Eleanor Lorraine (McAllister) Knight. She spent her school years in Maine.

On October 25, 1958, she married Emil C. Lindell at the Carliss Street Baptist Church in Bath, Maine. Together they raised two children, Charles and Lorraine.

The family lived in Pacheco, CA, Longmont, CO, and East Helena MT before moving to Riverton, WY in 2004. She was a stay at home mother and homemaker. She was also a member of the Eastern Star and Daughters of the Nile.

She was preceded in death by her parents, Maurice and Eleanor Knight, her brothers, Maurice Knight and Paul Knight, her grandparents, and numerous aunts and uncles.

Memorials may be made to Amedysis Hospice in care of Davis Funeral Home, 2203 West Main Street, Riverton, WY 82501.