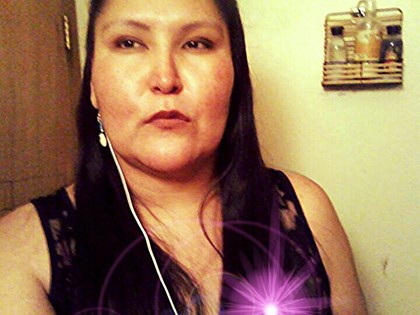 She was of the Catholic faith and also a member of the Native American Church.

She married Dale Darelle Thomas Eagle, Sr, he precedes her in death.

She lived on the Wind River Reservation all of her life except for one year when she lived in Green Bay, Wisconsin. She attended Arapahoe School, Wyoming Indian, and Riverton High School.

She played basketball, volleyball, and cards. She enjoyed drawing, writing letters and poems, doing crossword puzzles, driving around, going to the casino. She liked to listen to music and watch movies with her family. She also enjoyed telling stories to her children.

She was a homemaker most of her live but she did work in a cheese and meat packing place in Green Bay while she lived there.