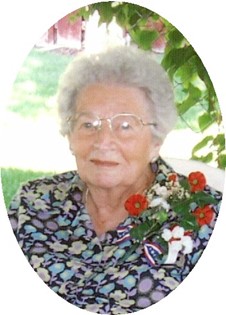 Willette Maxine Corby was born on July 20, 1922, in Lincoln, NE to William and Lelia (McElroy) Corby. She came from a very large family. She graduated high school in Papillion, NE.

She had lived in Riverton for the last 45 years.

She married Frank Scarpelli on March 15, 1980 at the United Methodist Church in Evanston, WY.

She worked for many years at the 12th Street Medical Clinic in Riverton, retiring in 1984.

She is survived by her husband, Frank; her daughters, Kim Roach of Aurora, CO and Karen Wilson of Cheyenne, WY and her grandchildren, Nicole, Chad, and Danny.

She was preceded in death by her first husband, Don, and several brothers and sisters.