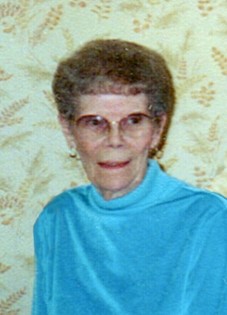 Guestbook 2
Ruth M. House, 89 of Riverton, died at Wind River Kindred Nursing and Rehabilitation Center. As were her wishes, cremation has taken place and no services are planned.

Ruth Maxine Thompson was born on August 29, 1924 in Unionville, MO to James Q. and Amy (Scott) Thompson. When she was young the family moved to Midwest, WY. She attended schools there and graduated from Midwest High School.

In February of 1942 she married Tom Barkley House in Casper, WY. Together they raised three children.

While raising her children, she was a stay at home mother. After they were older, she worked for Ben Franklins and The Place.

Her family said that she loved knitting and crafts of all kinds. She was always making something.

She was preceded in death by her parents, James and Amy Thompson; her sister, Jean Snow; and her brothers, Floyd Thompson, Eddie Thompson, and Reid Thompson.