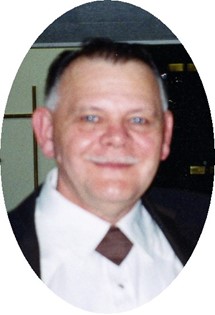 Guestbook 7
Joseph A. Secrist passed away at his home in Thermopolis, WY on January 26, 2014, after fighting a battle with cancer.

Funeral services will be 10:00 a.m., Thursday, January 30, 2014 at the Warm Valley Baptist Church in Pavillion. Burial will take place at Mountain View Cemetery in Riverton.

Joseph was born December 12, 1944 in Bonner’s Ferry, Idaho. He graduated high school and then joined the army branch of the military. Joe served three terms in Viet Nam.

Joe and Janet began their lives together as itinerant missionaries all over the United States filling in as temporary pastor, teaching, and working with children before moving back to Pavilion, WY where they ministered to the community in various capacities.

They moved to Thermopolis, WY in the fall of 2011 as a temporary pastor of the Roundtop Baptist Church and were later called to be the permanent pastor.

He was preceded in death by his parents, first wife, Avis, and son, Matthew; brothers and sisters.